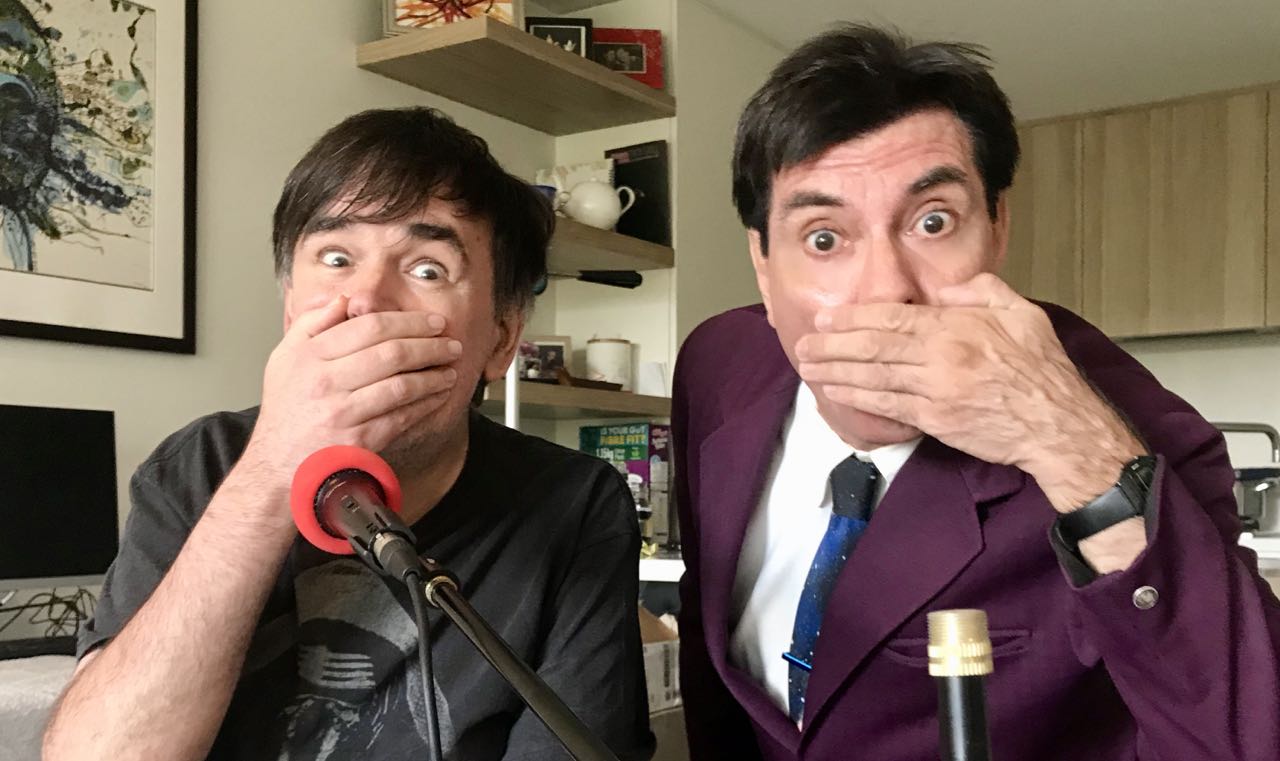 Tim Ferguson & Maynard bring you their first ever Bunga Bunga, live video on Monday, from an undisclosed but well stocked location.
Tim reassures the nation, Maynard shows his moves and they both answer your live Crankmail.

Check out where Bunga Bunga all began

ABC Studio 320 in Broadcast House, Lonsdale Street, Melbourne, was the venue for an afternoon of goofin’ off featuring the house band for the show Bachelors From Prague. It was their last public appearance before leaving for Italy.

This 3 hour show includes all the interviews and performances, as well as the flavour of the 1992 music groove.

This was the first year Stomp toured Australia and before Wendy Harmer began her very successful commercial radio career in Sydney in 1993.

DAAS had just been on The Big Gig and upset ABC viewers even more than usual. Chris Lynham was wonderfully surreal and gave some of the best non sequitur answers ever.

All of these performers are still around, all every bit as entertaining as in this show. Seek them out, it’s worth the journey.

Thanks to all our guests. Special thanks to the very professional Triple J Producers Chris Norris, Anne Marie, Phil McKelar and all at ABC Melbourne 1992.

6 other Sunday Afternoon Fever shows for your listening pleasure