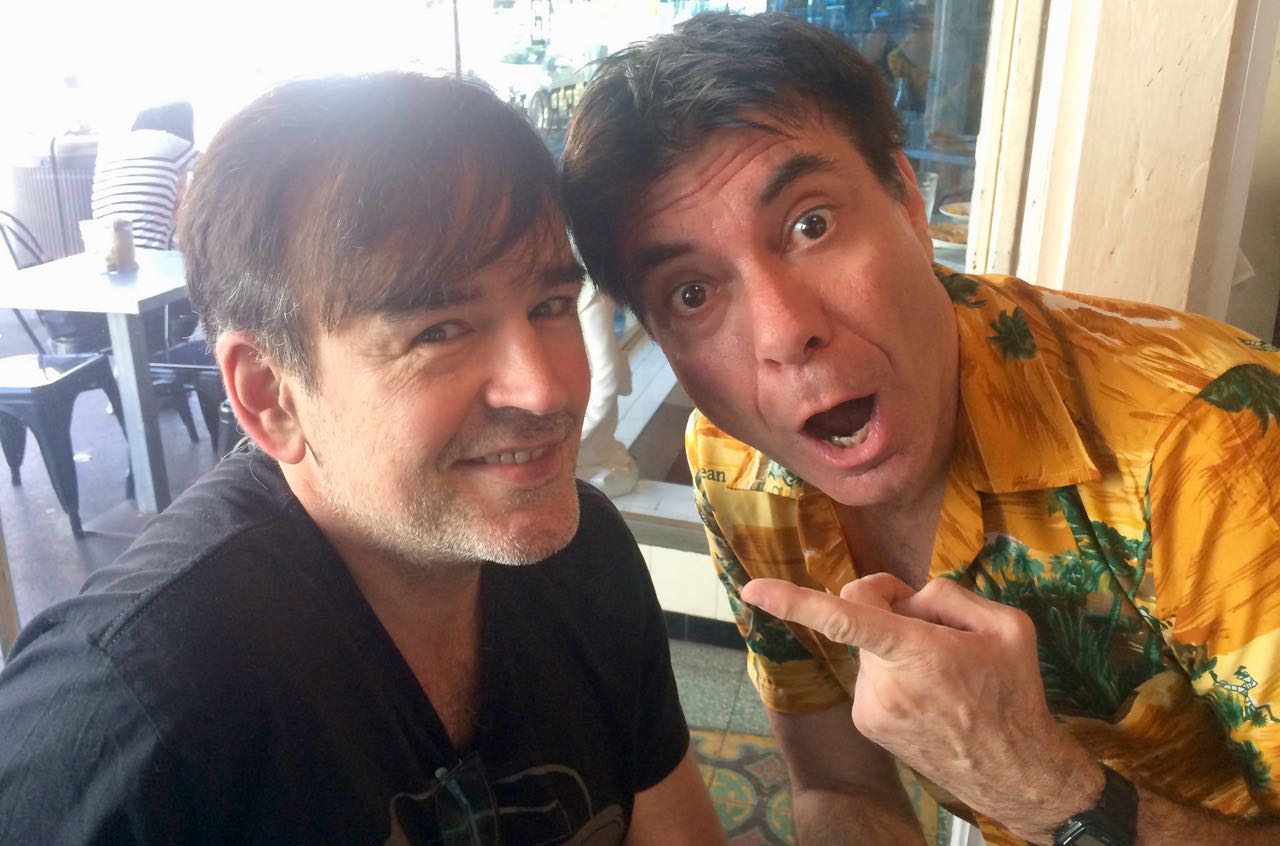 We had a small audience gather at the Madame Frou Frou Cafe for this recording of Bunga Bunga. Tim Ferguson was his usual showboating self, and he wasted no time taking names and assigning blame to those who richly deserve it.

Tim thinks the Australian desert would look better without that big red rock blocking the view and contemplates destroying Uluru to improve tourism, he picks a fight with the Indian from Village People and he’s overly confident about a song he’s written about whistling.

Maynard is just looking forward to hanging out with a large group of nostalgic lesbians, singing torch songs.

Tim Ferguson in The New Daily – Fake News You Can Trust

Become a Patreon of Planet Maynard and help Bunga Bunga, comedy you need.