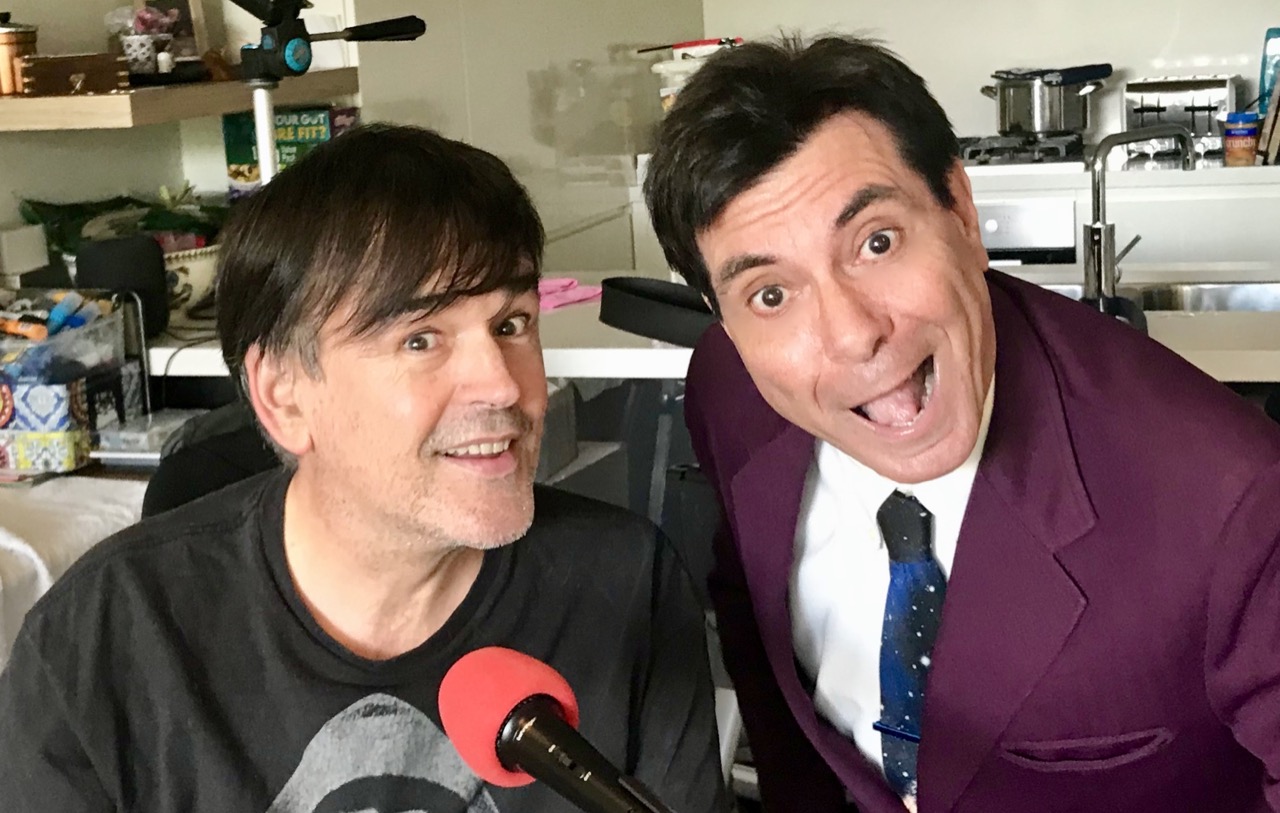 Tim Ferguson & Maynard are the right duo up in the right place to get down at the right time. Join them as they cower in place in the lofty heights of Tim’s Fortress of Arrogance. But don’t worry, Maynard’s Bug Out Bag has been ready for years, full of questionable cultural content.

Even gossip king Lance Leopard phones in to the show from his ivory tower of scandal, to solve a burning social issue. You know, the Kylie/Madonna one.

Bunga Bunga 58 contains advice, laughs, wisdom and a little bit of comfort food as Tim & Maynard pirouette on the cutting edge with things that are SO early March, that no one is talking about any more: micro plastics in teabags, waxed baking paper usage and that Greta.

If you can’t lick anybody else, you might as well lick yourself.

Learn about yet another emerging threat to Australia from Northcote. Be alert and maybe a bit alarmed about the scourge of overly earnest poetry about to swamp a nation that has already suffered enough.

You aren’t the only one tired of being part of a major historical event. So let’s discuss Julie Andrews in the bathroom, Tim & Maynard’s career having eerie similarities to the Australian economy right now and poop on a plate.

So, Ruby don’t take your love to town. It’s shut. Settle in with Bunga Bunga 58. But remember…..