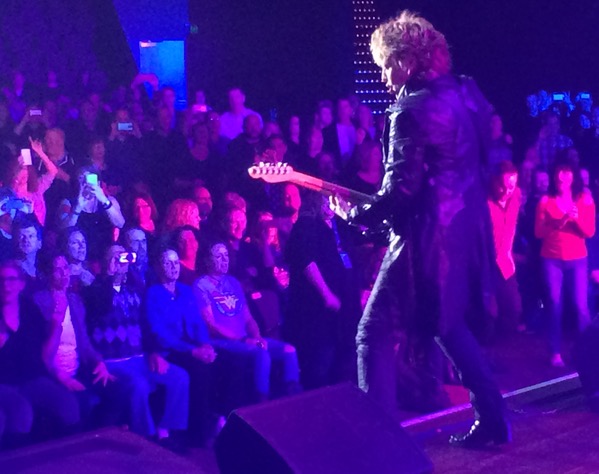 Canberra’s venue has the best sound characteristics so far on the tour. In the Royal Theatre I was able to sit in as Martika and Limahl sound checked before the meet and greet with their fans, which I’ve started hosting as I can record interviews with the fans for Planet Maynard.

I am still having trouble relaxing into being around people that have been just an image on a screen or a song on the radio that formed a soundtrack to part of my life.

One of Berlin’s fans at the fan meet up explained that when Terri Nunn sings “Take My Breath Away”, she is transported instantly back to being in early dating relationships and the emotions attached to those times, not to mention staring at Tom Cruise posters on her bedroom wall.

This is where I’ve always been happy to be unfashionable. A song that is from the Top Gun soundtrack isn’t going to cut it with Radiohead fans, but we all exist in a musical multiverse that isn’t completely of our own making, and why can’t we choose our own musical adventure without someone looking down their nose ring at us?

Katrina (from the Waves) has published an alternative guide to London co authored with Peggy Lee her discriminating toy poodle.

Her book has finally made me realise my life is a larger farce than already expected. If you haven’t got a poodle (as indeed Weird Al Yankovic has had) you can’t experience any major city seriously.