Spin Out – Tim Ferguson, Queen of the Desert 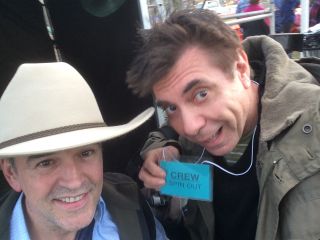 Maynard is on the set of Tim Ferguson’s new movie Spin Out in Shepparton. Meet the crew, the cast, the dog, and the local police as Maynard talks Utes and circle work.

Finally, Maynard gets schooled in the answer to the question all of Australia has been asking since the appearance of the V8 engine; Holden or Ford?

Language warning; one really rude filthy word, every ten minutes or so.

Spin Out at Hoyts