Sydney Hellfire Club throws in the whip after 27 years 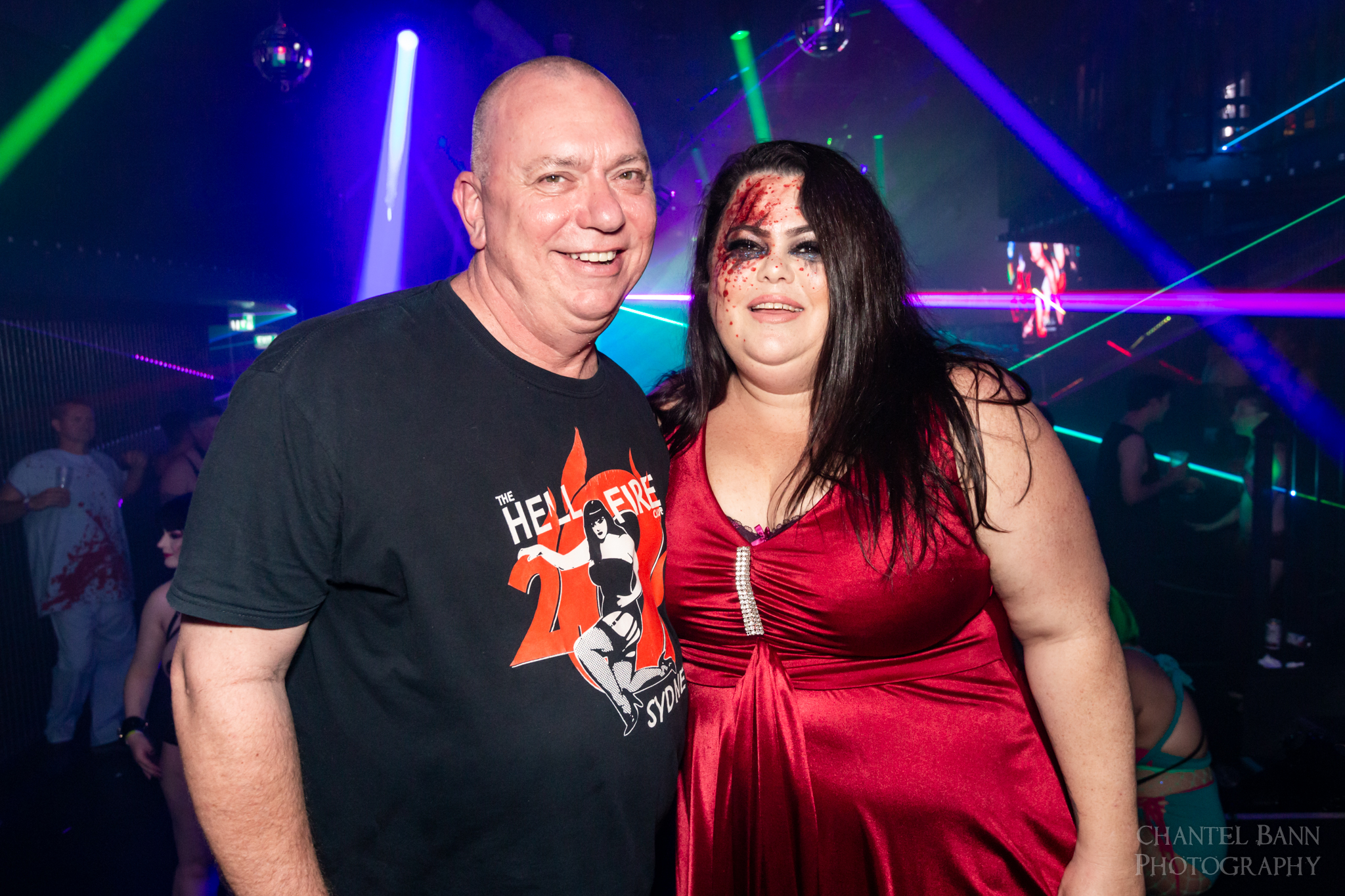 The Sydney Hellfire Club, clearly one of the most interesting nightclubs on the Sydney scene, has called it a night after 27 years (or 26 years and 10 months, if you want to be pedantic).

Master Tom and Ultra sat down after the final party on 27th December and told the reason why they are ending their successful run. Also just a few stories from a version of Sydney nightlife that won’t be back in a hurry.

What really made Hellfire work for so long was that we genuinely held a particular defined philosophy, that we stuck to rigorously. Even when it was economically irrational to do so.

The Art of the Hookup book mentioned during the interview

Listen to the full interview above. Here is a wicked partial transcript:

Maynard: When you do something for a long time, when you do something for 26 years and 10 months, you’re not just good at it, you’re fucking brilliant at it! I’m talking to the two people that have run the Hellfire Club in Sydney for 26 years and 10 months. We’ve got Ultra and Master Tom, how are you feeling? It’s 48 hours after you put the Club to bed for the last time.

Master Tom: We’re feeling every one of those 26 years and 10 months. Can I just say, I was young and skinny when it started. Now I’m twice the man I used to be.

Maynard: And you two actually met at the club.

Maynard: Looking at the final night you had there, the crowd has evolved. There were a lot of people looking the look. But not really playing the way they used to back in the day. Is that because society’s changed or because my eyes are so bad I didn’t see it.

Master Tom: Oh both. There was a bit of play going on around the frames. There were two A-frames going, one in the back corner, one in the front corner. Things have changed. Nightclubs have changed. Nightclub culture’s changed. The Black Market was a unique and special place. Kind of anything you wanted you did. It was all brand new then and everyone was making it up as they went along and there was nowhere else to do anything like that at the time. But since then, and largely as a result of Hellfire, there’s been a proliferation of other events, other parties, other venues, and other opportunities for people to do this kind of stuff. Not just in a nightclub.

Maynard: What was the final straw then? The thing that happened for you to say, “Let’s end it”.

Maynard: That’s a lot of money. In the world of Australian nightclubs, is that considered a high minimum spend at the bar? Explain to people what that is.

Master Tom: A minimum spend is the amount the club owner has to take. If they take any less than that, you have to make up the difference. For example, at Hellfire the average spend over the bar was probably around $12,000, so we would have been having to pay them $8,000 per night to make it up to that $20,000 minimum, on top of paying for everything from the Door Bitches to the performers, the DJs, the lighting guy, and so on and so on.

Maynard: What about for the future? Maybe do an annual thing? Would there be a No Holes Barred one of these days? Any thoughts of that or do you just want to go away on your holiday?

Ultra: I think we need to have a little rest. Then reset and think about where we want to be. I’m sure a million people will dive in on our night and try something in the interim. So I’m quite happy to clear the decks and let them.

Maynard: Hey, but with a minimum spend like that, they better have deep pockets.

Master Tom: We are really exhausted. If someone had told us all those years ago that we’d still be doing this 26 odd years later, there’s no way we would have believed them and we deserve a rest.

Ultra: It has been harder to promote because as you pointed out at the very beginning, we went from people who were outsiders because they were rejected by society, and when you’ve been rejected by society, you kind of develop these ethics that you’re not gonna treat people like that. So now we are in a society where everyone feels like an outsider. So we’re actually trying to promote to mainstream people, which meant the rules had to come back in. So it was kind of funny. We’ve gone from a club that was full of renegades that didn’t have rules, to one that was full of mainstream people that needed rules.

Maynard: Is part of that because of identity politics ? Everyone was being seen as a group and now everybody, because of intersectionality, can be a party of one. They can find differences very easily, where before they could find similarity.

Maynard: There are a few people that are still getting over the Hellfire show you did in Darwin.

Master Tom: All these things have happened, like Fifty Shades of Grey that took BDSM, fetish or kink or whatever you want to call it out of being a very small and hidden subculture and made it really, really mainstream, and that opened it up to all kinds of people and there’s good and bad that comes with that. The good part is for people who do have kinks, they can feel less bad about it and go, “Oh my God, I’m not alone”. But also at the same time, it robs it of some of its subversive power. It’s a double edged sword.

Maynard: On behalf of everybody who went to Hellfire ever in the last 26 years and 10 months, I would like, thank you for a fucking great time.

Ultra: Yay. Thanks for coming. It was yours. It was everybody that came to this club. It wasn’t just ours. It was certainly something that we did together.

Master Tom: It sure was. Otherwise, it would have been a very, very small thing.