Get some Herb Alpert into you with Tijuana Taxi 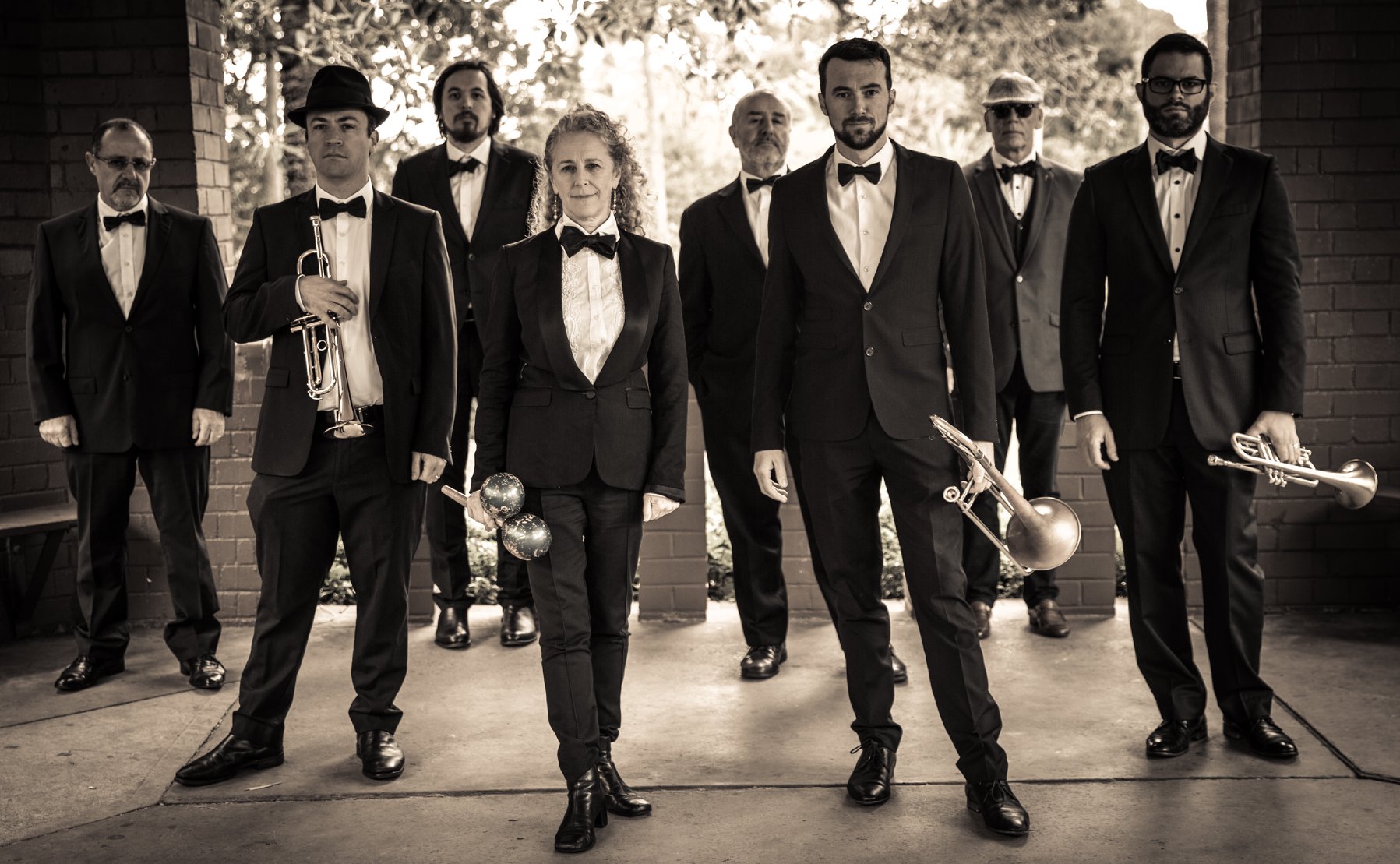 Tijuana Taxi the Sydney sensational Herb Alpert & The Tijuana Brass cover band are returning to The Camelot Lounge in Marrickville to blow your bolero jacket off.

Tina Harris has been a fan of Herb Alpert & The Tijuana Brass since hearing her parents’ vinyl records as a child.

Great instrumental tracks like Spanish Flea, The Lonely Bull, Casino Royale and This Guy’s In Love With You.

As a party was winding down a few years ago, she put some of those 60s albums on again and was inspired to form Tijuana Taxi. An eight piece band (with marimba) that plays a handful of shows every year to packed houses of people who can’t get enough Herb either.

Maynard quizzed Tina on what to wear to the gig and the best Herb Alpert track to play at a sexy party.

Learn about the inner workings of an eight piece band (with marimba). Including the correct use of latin percussion and the psychology of keeping eight musicians together in the cauldron of the Sydney music scene.

They play The Camelot Lounge in Marrickville on Saturday 8th December.

Tickets for The Camelot Lounge