As part of their Can’t Stop The Music world tour, Village People played the Hordern Pavilion in Sydney, Australia on 25th May 1980. Triple J (that had went to FM only in January) recorded for Rusty Nails dance show “Number One Song In Heaven” to go to air on Sat 7th June.

Some of their greatest hits are played live, as fast as 140 BPM…

The Can’t Stop The Music movie opened on 1st June at The Pavilion cinema, with the after party at Maxys.

“There were probably four or five of us there. Keith Walker, Ian Davies, John Diamond, Michael Byrne and myself. A very long day on recall, about 0700 to +0400. I remember it well because of the effort needed to get rid of earth loops caused by the amount of effects gear on stage. Also because of the volume from the edge of stage sited main speakers that I was forced to jump in front of, to get off the stage mid-show. My left ear was ringing for days and is now way down on my right ear. They used Aphex processing on their main speaker feed making it extremely bright. It certainly cut through the air at the Hordern Pavilion that night.”

“My memory of the show was great band, great time and serious fun to mix later. It was the late great David Ives that put the deal together for the Jays.”

“After listening, now I know why I had such great time. Where do I start. Ray Simpson a star, sensational band of musicians and the off stage backing chorus. Listening to the mix, I’m thinking at least six vocalist in the chorus, more like a serious Broadway show chorus, rhythm section insanely cool. Horns, keys, killer guitarist – hottest grooves and feels. Sensational. Only downside was the onstage feedback. The stage monitor mixer was fired after that gig. I spent time with the bands musical director, I remembered spending time with the band’s MD so I could get my head around the arrangements. Beautiful written arrangements, fab to mix.”

Thanks to Keith Walker, Barry Smith, Chris Norris (for the David Hodo ID), Ian Davies, Micheal Byrne, John Diamond and all of you who appreciate good disco… 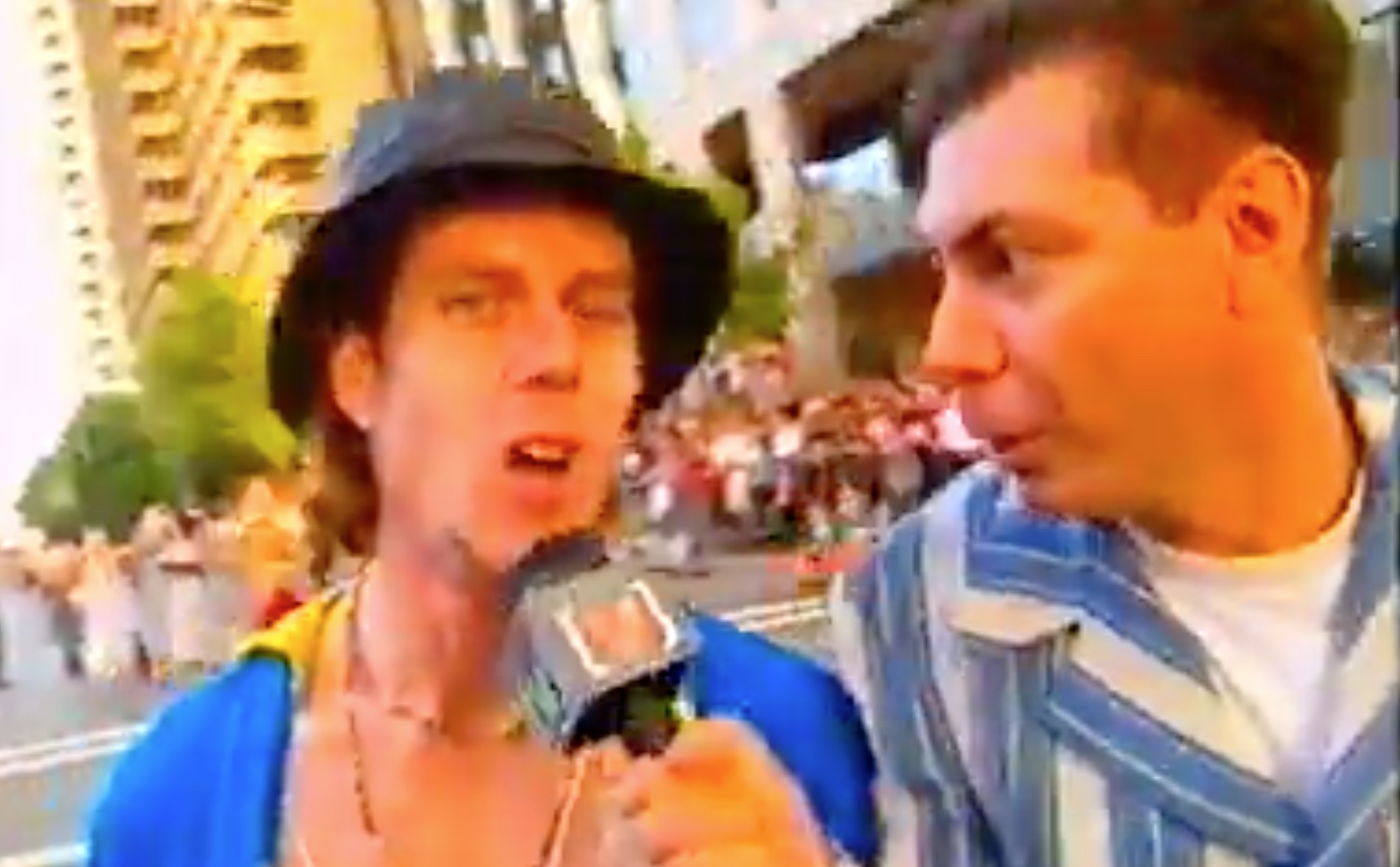 Foxtel’s Channel V sent me along to the Sydney Gay & Lesbian Mardi Gras Parade in 1999, along with Andrew Mercado and B1 & B2 we had quite the evening.