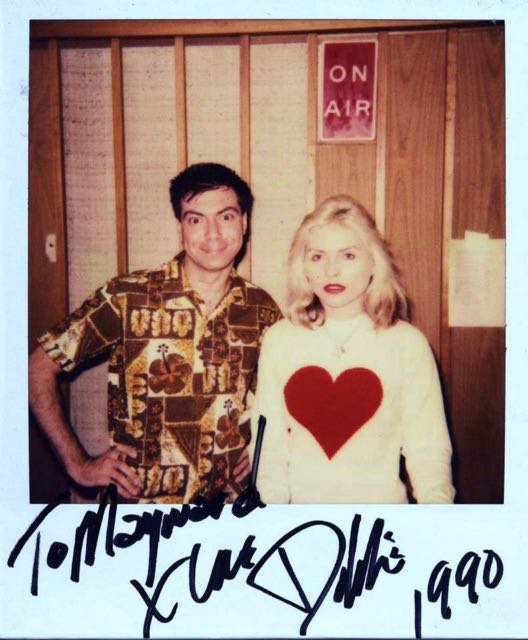 Debbie Harry came into the Triple J studios in William St, Kings Cross the night after her Sydney show at Enmore Theatre in March 1990. I was told I only had 5 minutes and I tried to make the most of it with a bemused Ms Harry.

It was probably the first time I’d had someone as famous as her actually in the studio, usually they had been on the phone. This was pre recorded to good onto my Triple J Breakfast show the following morning. Chris Norris produced the interview up while I tried to get a few hours sleep.

We covered perhaps the most important question of all that Deborah Harry has ever been asked; What exactly is your favourite disco song?