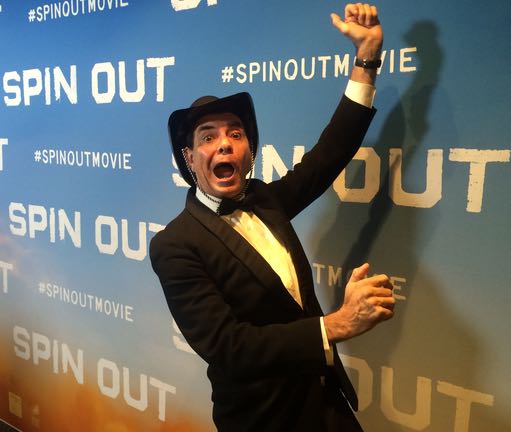 The big opening night party before the Sydney launch of Tim Ferguson’s movie Spin Out. Lots of excitement about ute driving and free drinks. Paul Livingston, Paul McDermott, Ted Robinson & hordes of Tim’s fans had something to say to Maynard.

McDermott and Livingston give Maynard the first reports of the Doug Anthony All Stars shows at The Edinburgh Festival and London last month. The first there in more than 20 years.