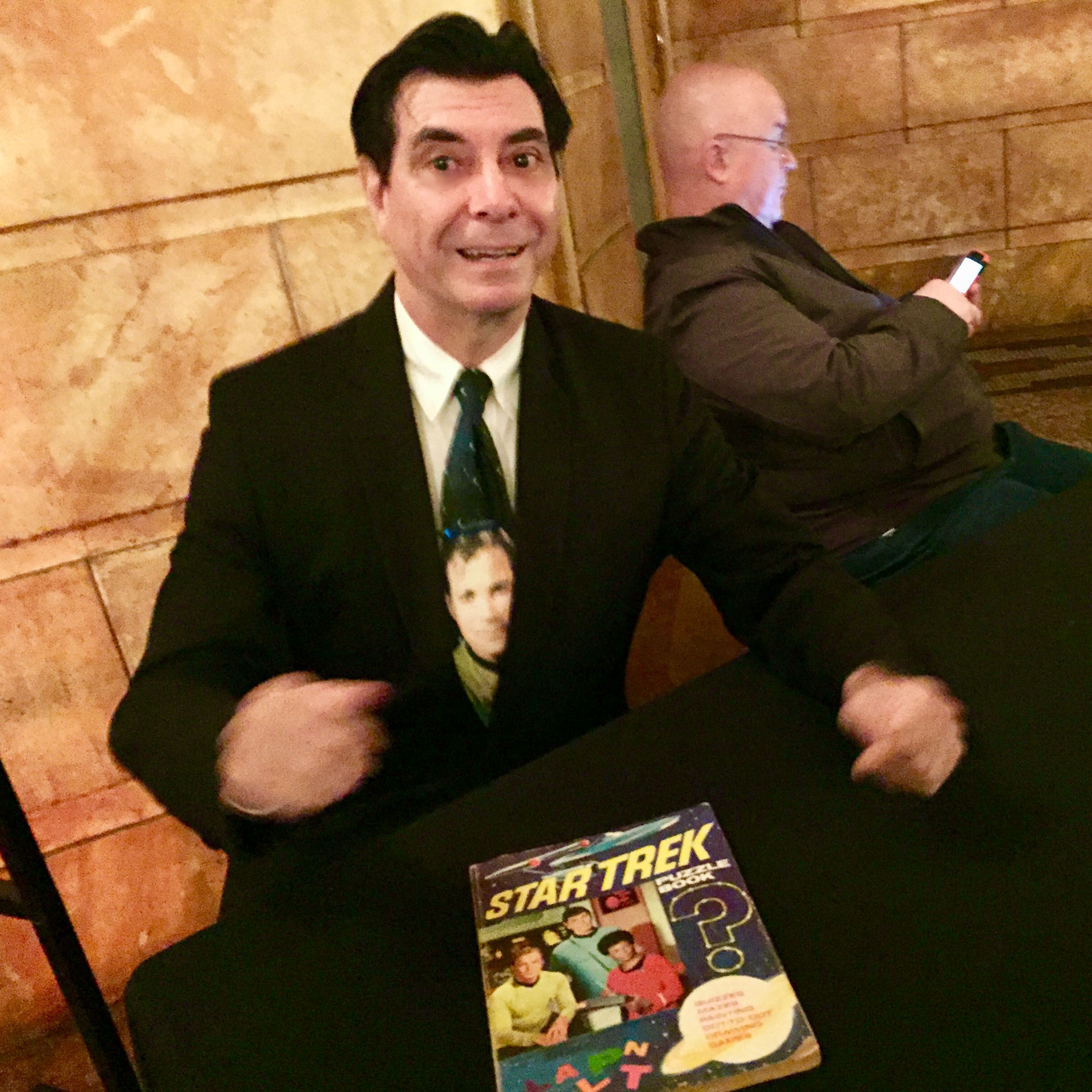 William Shatner charmed the frankly overexcited crowd that came from far and very wide to see his live solo show at The State Theatre in Sydney in October 2018.

I grabbed my best Shatner tie and my 1969 BBC Star Trek puzzle book and knew I was going to be among my kind of people.

The resulting Planet Maynard podcast is from the dozen people I spoke with at The State Theatre that night.

The many shades of Shatner mentioned included:

The Outer Limits, TJ Hooker, Miss Congeniality, The Twilight Zone, Shit My Dad Says, Tribbles, Gorn, Kingdom of the Spiders, Canada, Red Shirts,Flying High 2, Star Trek 2 (but not Star Trek 5). Yet not one person could even hum the theme to one of my favourite works of The Shatman, Barbary Coast.

Here’s Bill in a mauve smoking jacket as he turns out to be a man of many disguises in the opening credits.

Thanks to the Red Shirts, Belinda and her mum Robyn from the southern tablelands, Kevin Williams and the disgruntled Canadian.