A Tribute to Doris Goddard – By Lance Leopard 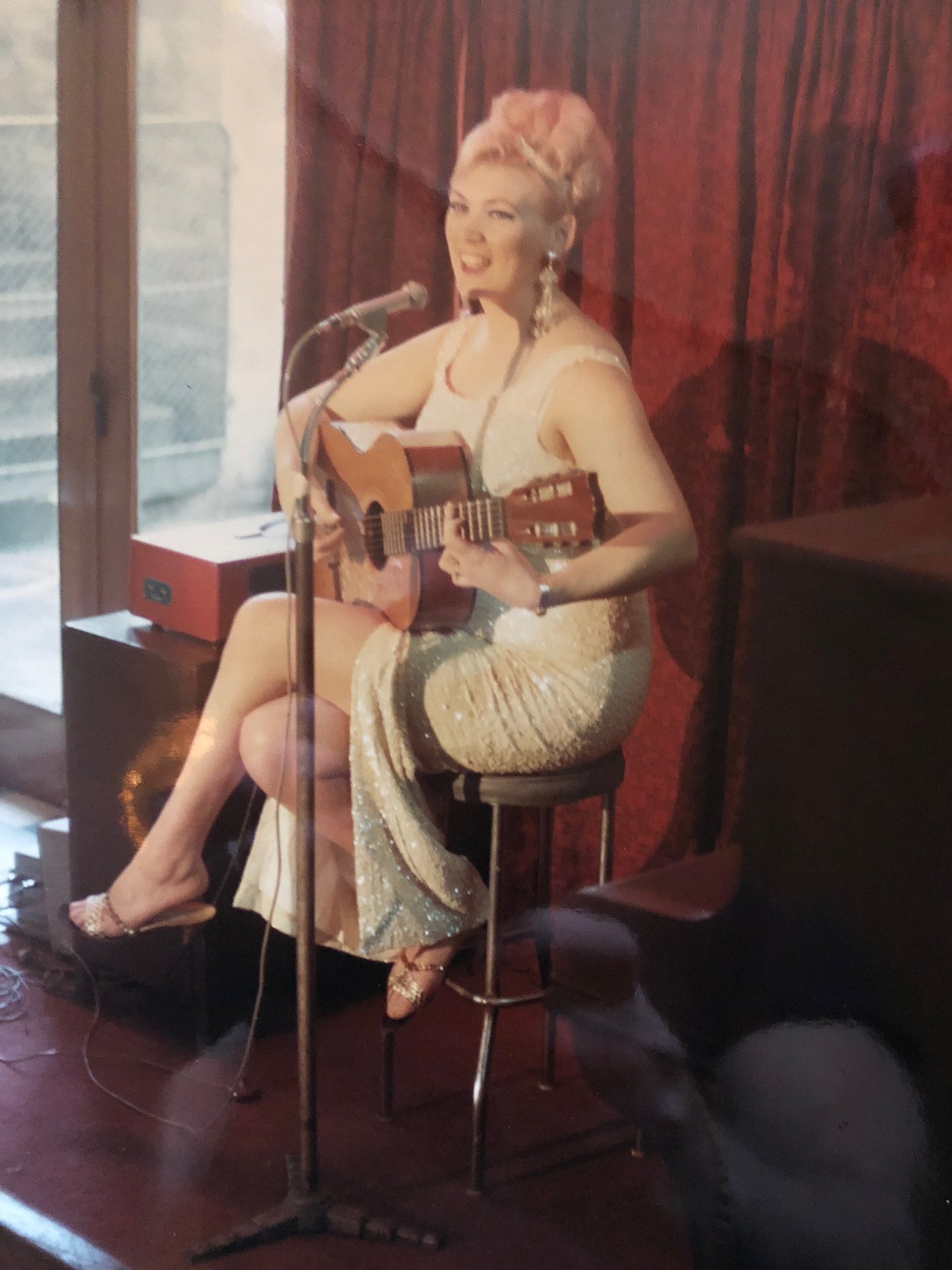 Gay icon Lance Leopard pays tribute to Doris Goddard, and confides for the first time how The Hollywood Hotel songbird stole his cult classic short film Boots “and rightly so”, and his heart. “We love you Doris.”

Boots, was shot on location at said Hollywood Hotel. I recall having to summon the feelings, the Walk, the addled emotions I’d need to convincingly play a drunkard. Tough stuff. I decided to just play my unfortunate little brother. AND JUST AT THAT MOMENT…. The set suddenly seemed to go pink. GLOWED. Ms Doris Goddard had materialized, pretty in pink to visit our set. Wiglet in place, head-to-toe Mansfield Pink. Oversized Sophia Loren Sunglasses. Doris is a great Actress. I looked round in wonder. And said it: “Oh my. This does take me back!” Yep, back to 1957 when leggy showgirl Doris Goddard starred with Bob Hope in The Iron Petticoat. And wiped Katherine Hepburn off the screen.

I felt a chill. Was I, too to be wiped off the screen? I was billed above the title! Doris, who isn’t even a distant relation to Paulette Goddard, joined & enhanced our movie to the Nth Degree. She was filmed singing our title song….HER WAY. Like, whos Nancy Sinatra? Never heard of her. Totally.

Oh, This Takes Me Back

SOOO… I had Boots click into re-release on line. Its my way of sharing the The Goddard Factor with fans that she has yet to know. All you campers. I hope you enjoy Boots. I did. You’ll love me getting the shit beaten out of me by 50 vengeful go-go dancers! I believe youll love Annette Evans miming to Nancy in the closing production number. I do. Stick around for the end credits- and thats an order, dears.

Fall in love with Goddard’s live version, it’s a gem. Dramatically playing guitar with a flamenco flair that makes the night sing. Here’s to you, lady. Because what’s right is right. And you ain’t been wrong yet. Your a true Star. Im only a fan. How does THAT grab you, Darlin’?